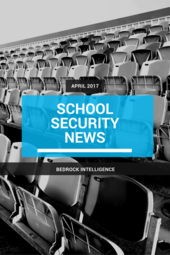 On April 10, 2017, a murder-suicide inside a San Bernardino Elementary School classroom tragically led to the death of an eight year old boy and his teacher, according to San Bernardino Police.  The shooter, 53-year old Cedric Anderson, was the husband of Karen Smith, his intended victim.  Police say they were recently estranged.

According to witnesses, Anderson entered the classroom where Smith taught 15 special needs students from first through fourth grade, pulled out a firearm and shot Smith before turning the gun on himself.  Eight year old Jonathan Martinez and another nine year old boy were standing behind Smith and were also shot.  Martinez died of his injuries and the other child is hospitalized in stable condition.

Anderson was known to school staff.  In fact, police chief Jarrod Burguan explained that, “ he entered the office and he had simply said that he was there to drop something off for his wife.”

The approximately 500 students of North Park Elementary were evacuated to Cajon High School.  Many of the parents speaking to news outlets stated that they heard of the shooting via the news media and rushed to the scene.  Other anguished parents gathered outside the high school waiting for news of their children.

One parent asked why he was not sent a text message or given any information.  Another parent stated that she received a robo-call from the school about an emergency after the story broke over the news.  She said that there was no answer when she called the school.

This incident serves as an important reminder that schools must be prepared for any crisis situation.  So often emphasis is placed on the violent stranger but tragically, violence can also strike from within the school community.  Images of parents desperate for news of their children also underscores the need for schools to have a comprehensive crisis communication plan in place and be prepared to rapidly put the plan into action.

Upgrade communication tools at your school